Lenni Frazier (portrayed by Blaze Berdahl) was the second teenager to whom Ghostwriter revealed himself.

She first met Ghostwriter was while she was in a park while writing in a notebook, working on a song. Lenni lived with her father, also a musician, in a loft directly above the Fernandezes' store ("bodega"). Her mother died when she was young. Lenni also had a difficult but friendly relationship with Sally Lewis, who became her father's girlfriend.

At heart, not only was Lenni an aspiring young musician, she was also an activist, always speaking up for what is right. Whether it was poison hidden under a community garden or violence within the school, Lenni was never afraid to speak her mind about those issues that she cared about the most. She was shown to have difficulty accepting what is right when it comes to her personal life when the hacker in "Who is Max Mouse?" changed her report card to reflect better grades. However, in the end, she knew she deserved the grade and must work to change it.

Lenni was also of invaluable assistance when she entered the Ghostwriter Team in the Hoodman Comic Book contest. The grand prize was the chance to star in a comic book with said hero. However, someone was doing anything they could to stop the kids from winning, even going so far as to threaten them with cartoons to quit the contest. It was later revealed that an adult man named Manny Gite ("Manny") was sending the threatening cartoons, apparently after having a character idea of his own rejected.

Much later, Lenni got the chance to star in her own music video based on one of her songs.

During the final story arc of Ghostwriter, Alex, Lenni and Jamal graduated from Hurston.

Working on her songs

Lenni and her Dad

Screenshots of "You Gotta Believe"

Throughout, the show Lenni has also written her own songs. She either writes them to express her love and devotion to her friends; or to vent her frustration, when there is trouble or conflict within the cases or even within the team. Sometimes she sings them to her friends to celebrate their current victories. Also some are played at the shows end credits for the theme of the arc. 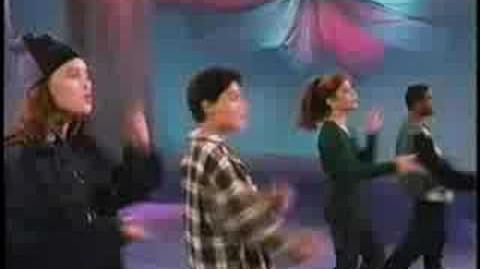 (Blaze Berdahl) Lenni Frazier You Gotta Believe
Add a photo to this gallery
Retrieved from "https://ghostwriterteam.fandom.com/wiki/Lenni_Frazier?oldid=10804"
Community content is available under CC-BY-SA unless otherwise noted.