Ghostwriter was a PBS educational/mystery program co-produced by Sesame Workshop (formerly Children's Television Workshop) and the British Broadcasting Corporation. The show aired on PBS stations from October 1992 to February 1995.

The show also spawned a book series, magazines, games, and a radio show.

Ghostwriter was produced to teach elementary and middle school children reading and writing skills. The show followed the adventures of six young detectives living in the Fort Greene section of Brooklyn, New York, who would solve mysteries within their neighborhood with the help of a ghost. This ghost had the ability to manipulate any letters or words he could find to communicate to the kids, whether they were figuring out how to solve a particular mystery or if there was danger nearby. Early on, the young detectives began to call themselves the "Ghostwriter Team," so named after the titular character.

The team had to deal with a common adversary--another teenage boy named Calvin Ferguson, who was also a suspect in two cases. Calvin's family owned a local party supply store and, on a much lesser note, Calvin received top grades in all his classes, which he liked to brag about.

The first six regular members of the team were:

After Rob left the team to move to Australia, a younger boy name Hector Carrero was initiated into the Ghostwriter Team in Rob's place. Later, during the "Don't Stop the Music" story arc, Jamal's cousin Casey Austin saw Ghostwriter and became a team member herself.

Ghostwriter ended in 1995 because of inadequate funding. It later resurfaced in a part of the UPN Kids programming block in 1997 before airing on ABC in syndication. The series was later shown on the Noggin/The N cable network until 2003. Episodes of Ghostwriter can now be seen on YouTube.

Ghostwriter was later revived in 1997 on CBS as The New Ghostwriter Mysteries which only lasted one season. There is also a 2019 reboot, which is currently available on AppleTV+.

During its original run, Ghostwriter won:

The top cover of a 1995 Ghostwriter mystery game

A Match of Wills, the first chapter book 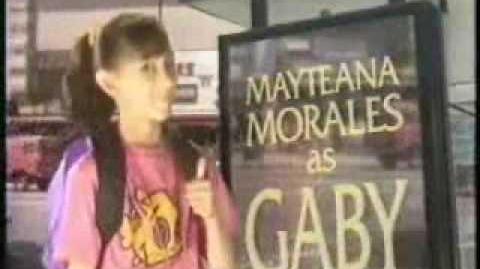