Carlos & Teresa (portrayed by Bemi Faison & Afi McClendon), appeared in the arc "Into the Comics".

They are two children who are either, siblings, cousins and or just friends. They are both into superhero comics and they took part in the Hoodman scavenger hunt contest. The grand prize for this contest, was the chance to appear as characters in Hoodman's next comic book.

These two kids were ambitious and confident that they were going to win the contest. They played fairly against their competition (the Ghostwriter Team). However, they suffered the wrath of nearly having the contest ruined for them by an illegally entered contestant called Stoopdude (a.k.a. Manfred "Manny" Gite).

They encountered Stoopdude at the Cooney Island Amusement Part. This was where Stoopdude tricked them into going off into wrong direction, in order to fall behind in the contest. They were tricked to walk all the way over to the Ferris Wheel and through the end of the long tunnel. When they finally got there, they were both tired and frustrated. Also they noticed the Ghostwriter Team was there too. Carlos angrily asked them where the Special Agent was hiding. Them after Jamal described the person who gave them the direction, this made them realized that Stoopdude tricked them all into going off into wrong direction.

Then soon, they were two of many contestants who were given a fake fourth panel from Manny Gite, who was impersonating a Special Agent. Then soon enough, the matter was cleared up with Cosmic Comics and they received the authentic fourth panel. Then as the contest came to a close, the last place was at the Boathouse. They arrived just after Lenni, Rob and Gaby did.

Then Carlos and Lenni both ran as fast as they could to reach the finish line. Teresa kept cheering for him from behind, and he did his best but Lenni came in first and they lost the contest. However, they were good sports about it and took their defeat well. They nicely shook hands with Lenni and congratulated her and the others. Then they continued to cheer and applaud as the contest came to a close. Then afterwards, for competing fairly in the contest, they received free Hoodman sweatshirts as a consolation prize. 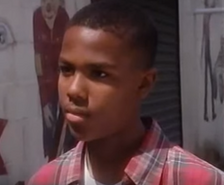 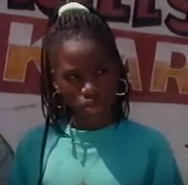 Teresa
Add a photo to this gallery

Retrieved from "https://ghostwriterteam.fandom.com/wiki/Carlos_%26_Teresa?oldid=10942"
Community content is available under CC-BY-SA unless otherwise noted.